Following the critical success of his first solo project Rivers in 2001, he performed with The Scott Anderson Band while also doing stints in The Jim Hurst Band and Keith Sewell Band.  A breakthrough CD project with his daughter Amanda in 2009 led to the formation of The Amanda and Scott Anderson Band.  In 2010 with an All-Star cast, Scott dredged up a swampy soup of originals and favorites on his second solo project, Tales from the Swamp and added those songs to the setlist. In 2019 he joined forces with some very talented old friends and family to form his current band, Medicine Springs and he also still tours with The Jim Hurst Band.  Scott is not only a banjo instructor but has been a serious student of the banjo for decades, studying the great players of Scruggs, Reno and single string, and melodic styles. Scott began teaching banjo as a teenager and teaches private lessons and classes at music camps across the country.  Scott has also performed with Claire Lynch, Vassar Clements, Larry Rice, Byron Berline, Adam Steffey, Clay Hess, Newtown, Chubby Wise, Allen Shadd, Shawn Lane & Richard Bennett, Chief Jim Billie, and the Naples Philharmonic Orchestra (yes, with a banjo!) among many others.  Scott has been featured in Banjo Newsletter and has contributed many articles to the magazine as well, including articles and interviews with Béla Fleck, Tony Trischka, Bill Evans, Barry Abernathy, Greg Cahill, Scott Vestal, Cory Walker and Ron Stewart. 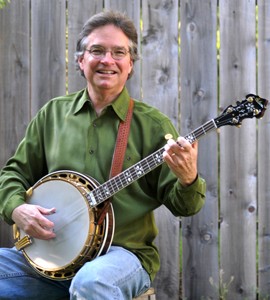 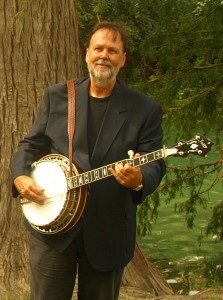 Gerald Jones – Certified banjo weirdo, who also plays guitar, mandolin and fiddle, you are more likely to see him at 3 a.m. in the dorm teaching and picking, than in class at 8:30 a.m. His special topics sessions are camp favorites.TheGeraldJones.com