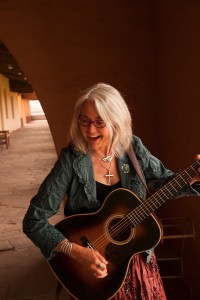 Music and music education have been the focus of Chris’ life and work. With the advantages of excellent public school music programs and a musical home as a foundation, Chris received her BA in music education from Concordia College, Moorhead. She toured nationally and internationally with the Concordia Choir. She also holds a MA in vocal performance from Cal State East Bay. He diverse career has included teaching music at the junior high level, directing church choirs, playing keyboards in casual band and delivering singing telegrams. She co-founded the Actor’s Training Project in Oakland, CA, a program integrating voice, acting and movement. Initially working a s piano accompanist at New Mexico State University, she went on to become a vocal professor there. Chris also taught commercial music at the University of Texas at El Paso, acting as director of vocal jazz ensembles at both universities. She has truly come into her own as a performer and songwriter since turning 50. Singing and playing guitar with the Hard Road ensembles (duo, trio and full band), she has traveled the country performing at top acoustic venues and festivals. Her songs have won three New Mexico Music Awards and she collaborated in writing a fully staged musical We Are Enron produced by Emmy award winner Mark Medoff. She has acted as clinician and judge for solo and choral competitions and taught at acoustic music camp including Hill Country Acoustic Music Camp.