A native of southeastern Kentucky, Scott Napier picked up a mandolin as a teenager and has hardly set it down since. Scott began his professional career in 1996 as mandolinist with bluegrass legend Larry Sparks. There were many highlights in his ten years as a Lonesome Rambler, including a tour of Japan, The 4th of July Celebration at the Washington Monument, a Prairie Home Companion taping, “Alison Krauss and Friends” special on G.A.C. TV, a mandolin endorsement from Gibson, several album recordings, and many performance appearances on The Grand Ole Opry. After leaving the Lonesome Ramblers, Scott spent a year touring with International Bluegrass Music Association award-winning female vocalist Dale Ann Bradley and appeared on her 2006 release “Catch Tomorrow.” Around the same time, Scott was also a member of the house band for many episodes of the PBS series Woodsongs Old-Time Radio Hour in Lexington, KY. Scott was then recruited by Grammy award-winning artist Marty Raybon to tour the country as part of Marty’s band, “Full Circle.” Scott appeared with Marty for his album “This, That, and the Other” in 2009. Following the death of The Lost and Found band’s mandolinist, Dempsey Young, Scott received a phone call from bandleader Allen Mills asking if Scott would fill in Dempsey’s absence in the group. Scott was honored to take on the role of helping The Lost and Found complete their 2009 album, “Love, Lost and Found,” on which Dempsey had recorded half of the material, and Scott finished the rest. Scott continues to play with The Lost and Found today, as traveling allows.

In 2010, Scott recorded and released his first full-length solo album, “All Out Front,” showcasing twelve tracks, ten of which are Napier originals. “All Out Front” was well-received and featured a stellar back-up band of Michael Cleveland, Kent Blanton, Clay Hess, and Josh McMurray, with special guests Bobby Osborne, Dale Ann Bradley, Marty Raybon, Don Rigsby, and others. In 2012, bandleader Mike Scott of Mike Scott and The Nashville Band as Scott to join them for a twelve-day tour playing bluegrass music in Israel; Scott notes this as a highlight moment of his career, and it remains one of his favorite travel experiences thus far. In 2014, Scott accepted a full-time teaching position at Hazard Community and Technical College’s Kentucky School of Bluegrass and Traditional Music (KSBTM) in Hyden, KY, where he is still employed today as Associate Professor. At the KSBTM, Scott teaches classes in bluegrass music history, songwriting, and ensemble directing, as well as private lessons on both mandolin and guitar. Working closely with Bobby Osborne through the KSBTM, Scott started the Bobby Osborne Mandolin Roundup in 2017, an annual one-day mandolin camp bringing two-dozen students of all ages from around the country to Hyden for the opportunity to learn personally from Bobby, Scott, and other guest instructors.

In 2018 and 2020 Scott was nominated by the International Bluegrass Music Association for their Mentor of the Year award. In addition to his busy teaching schedule, Scott continues to freelance as a player, filling in with various bands for both in-person appearances and recording projects. He also offers private lessons and continues to write songs almost daily. Scott is endorsed by Gibson mandolins, Weber mandolins, GHS Strings, and BlueChip Picks. 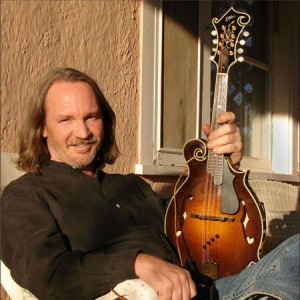 Steve Smith is not only known as one of this country’s top mandolin players and multi-instrumentalist but also as an outstanding educator. Along with his work with the Roots/Bluegrass group The Hard Road Trio, the duo Tim May and Steve Smith and the Alan Munde Gazette, Steve has been on faculty at the California Coast Music Camp, Puget Sound Guitar Workshop, Steve Kaufman’s Acoustic Music Camp, Colorado Roots Music Camp, Hill Country Acoustic Music Camp, Zoukfest and Camp Bluegrass (for twenty years running).  Smith has appeared at festivals and venues including Hardly Strictly Bluegrass, High Mountain Hay Fever, Rocky Grass, Swallow Hill, Freight and Salvage, Oklahoma International Bluegrass Festival, the Big Horn Mountain Festival, and the Minnesota Old-time and Bluegrass Festival and the Bluegrass Meltdown to name a few.   With the Las Cruces Symphony, he has performed works of William Grant Still, Gershwin and George Crumb and the musical Chicago.  Along with forty plus years of coast to coast touring, Smith has performed in Ireland, Germany, France, Denmark, Sweden, Switzerland, the Netherlands, Cuba and the US Virgin Islands. He has also performed in musical theater in Cotton Patch Gospel (multi-instrumentalist, vocalist and actor) and the Robber Bride Groom; he composed and performed the score for a production of the Sam Sheppard play Curse of the Starving Class. Steve has appeared on over 40 albums as performer and producer including guitar legends Jim Hurst, Mitch Perry, and Tim May, banjoist Bill Evans, Alan Munde and Tim O’Brien.  His music has been heard on countless radio stations across the US and on the Discovery Channel, The History Channel and even the Weather Channel.