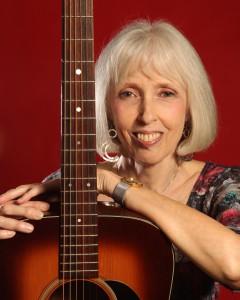 Dede Wyland – Dede Wyland’s pure and compelling voice has enchanted audiences around the globe, and her driving rhythm guitar style becomes the rhythmic core of whatever group she joins forces with. Dede is no newcomer to the bluegrass scene. She’s been in bluegrass, first in  regional bands around her native Milwaukee area, since the 1970’s. In the 80’s she moved to new York and became a charter member of the internationally known and groundbreaking group Tony Trischka and Skyline.

During her many years as a touring musician Dede graced the stage of some of America’s most prestigious bluegrass and acoustic music venues and festivals, and has performed in Canada, Australia, France, Belgium, England, Ireland, Germany, Spain, Italy, Scandinavia, and Japan. Radio listeners have heard Dede on the nationally broadcast shows A Prairie Home Companion and Mountain Stage, and on Chicago’s The Flea Market. Her national television appearances include two installments of the Nashville Network’s Fire On The Mountain. Throughout the 1980s Dede was a perennial nominee in the annual awards poll of the Society for the Preservation of Bluegrass Music in America (SPBGMA).

In 1990 Dede moved to the greater Washington DC area, and although no longer on the road, her recordings and concert performances with the cream of Washington’s bluegrass players made her a nine-time winner of the Washington Area Music Association’s “Wammie” award for Bluegrass Singer of the Year since 1999. Check out Dede’s Online Video School of Voice  http://www.dedewyland.com